Forging a solid reputation on the Bristol circuit since 2017, Monocle, the ceaselessly evolving partnership of Nathan Smith (guitar) and Jeff Ingle (drums) has garnered notable attention and acclaim for their distinctive heavy fusion and ferocious live shows.
Boasting an inspiration across the full spectrum of rock’s broad influence, fans on the fringes of any Punk, Hardcore or Metal movement will find catharsis from Monocle’s colourful and unpredictable energy and performance.

2-piece grunge/punk lovechild, Monocle was initially formed as a 4 piece in 2016 by Nathan Smith (guitar), Jeff Ingle (drums) and Becky Whitlock (vocals). They spent a year locked away, thrashing out songs of heartbreak and hedonism, during which time Louis Barnes joined them on bass.

Emerging onto the scene in 2017, they found themselves sharing bills with Bristol’s punk regulars. This punk incubation – and the hard knocks of austerity Britain – turned their focus to corruption, decay and the emptiness of our digitalised era:

Channeling Idles’ fierce social commentary, the anguished brute force of the Smashing Pumpkins and the Mars Volta’s experimental hardcore, Monocle reject the empty platitudes of mainstream music. Theirs is a call for collective outrage to shake up an increasingly apathetic world.

Soon after the release of their debut single Becky and Louis left the band and what was looking like the end of Monocle instead turned into a new wave of creativity for Nathan and Jeff, the pair locked themselves in the studio and knocked up a series of slick tunes they are now testing live in various venue around the UK before heading to the studio during the summer. 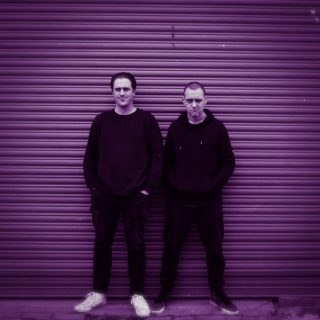 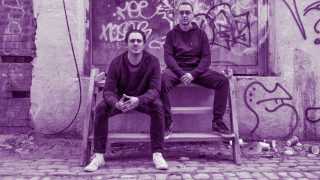