After their debut ‘Little Miss Numb’ last year and follow up ‘BOW (Brave Old World)’ only a month ago, NKOS are now back with synth/electro gem Lonely Ghost-self, their electronic take on break up, grief, solitude and pain. Building a path that will lead to the release of their debut album in October.

Single number three is now edging towards the digital launchpad, once again co-produced by Jagz Kooner, producer and remixer, doyen of ‘electronic rock & roll’ (it’s his own genre dammit). Co-producer of debut single Little Miss Numb’, Jagz lays a trail of aural breadcrumbs as to what you can expect from ‘Lonely Ghost-Self’, a track titled as if to be a winsome Belle and Sebastian B-Side but revealing a darker, heavier, jagged and harder hitting side to NKOS that was concealed by the dreamier, albeit bruising electronica of previous numbers ‘Little Miss Numb’ and ‘BOW (Brave Old World)’.

Initially a pan-national studio-based project, NKOS has evolved into a full band, one set to thrill on stages around the world. Brought together by friendship, the internet and sometimes sheer luck, NKOS comprise four artists from very different backgrounds – and locations – who share a love of deep, edgy electronica.

NKOS are releasing their debut album ‘From Dust To Life’ on Beatbuzz Records in October. The album will be available digitally via AWAL and OML Sync and physically in a limited edition metal box cassette with the option of cassette + walkman/cassette player also available. 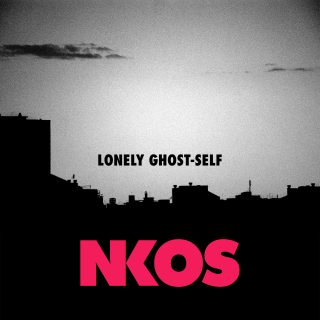 I cut myself but I’m not bleeding
Rip my chest, my heart’s still beating
I’m alone what a crazy feeling
And I know I’m not forgiven

I’m chained to the love that I’m losing
Can’t face myself can’t stand my feelings
That’s my sin, the hell that I’m living
Maybe tomorrow I’ll give myself a new meaning

I’m chained to the love that I’m losing
Can’t face myself can’t stand my feelings
That’s my sin, that’s the hell I’m living
Maybe tomorrow I’ll give myself a new