Swedish industrial pioneers Misery Loves Co. are joining forces with the London based Beatbuzz Records to release a limited 7” vinyl edition of their two come-back singles Suburban Breakdown and Would You? as a double A side limited to 500 copies, OUT on 08.03.2019 and available for pre-order now. This marks the first physical release for the band in almost 2 decades and it also comes out at a special time for Misery, who are now locked in the studio recording their new album!
Beatbuzz Records caught up with the band at Nel Nome del Rock Festival in Palestrina, just outside Rome in Italy in 2017 where the band was booked to play on the same stage where they last played in 1998. Soon after the festival it was set in stone that Beatbuzz Records was going to release their comeback singles Would You? and Suburban Breakdown on vinyl as a limited double A side edition. This is a one-off release but hopefully this means we’ll see more music from Misery Loves Co. released physically. This release also marks Beatbuzz Records first physical release with catalogue number Beatbuzz001 giving it away! The label strongly believes in this release as it comes at a great time for the band with their loyal fan base excited to hear more new music from them and an ever growing following getting into their old stuff and excited for more new songs. 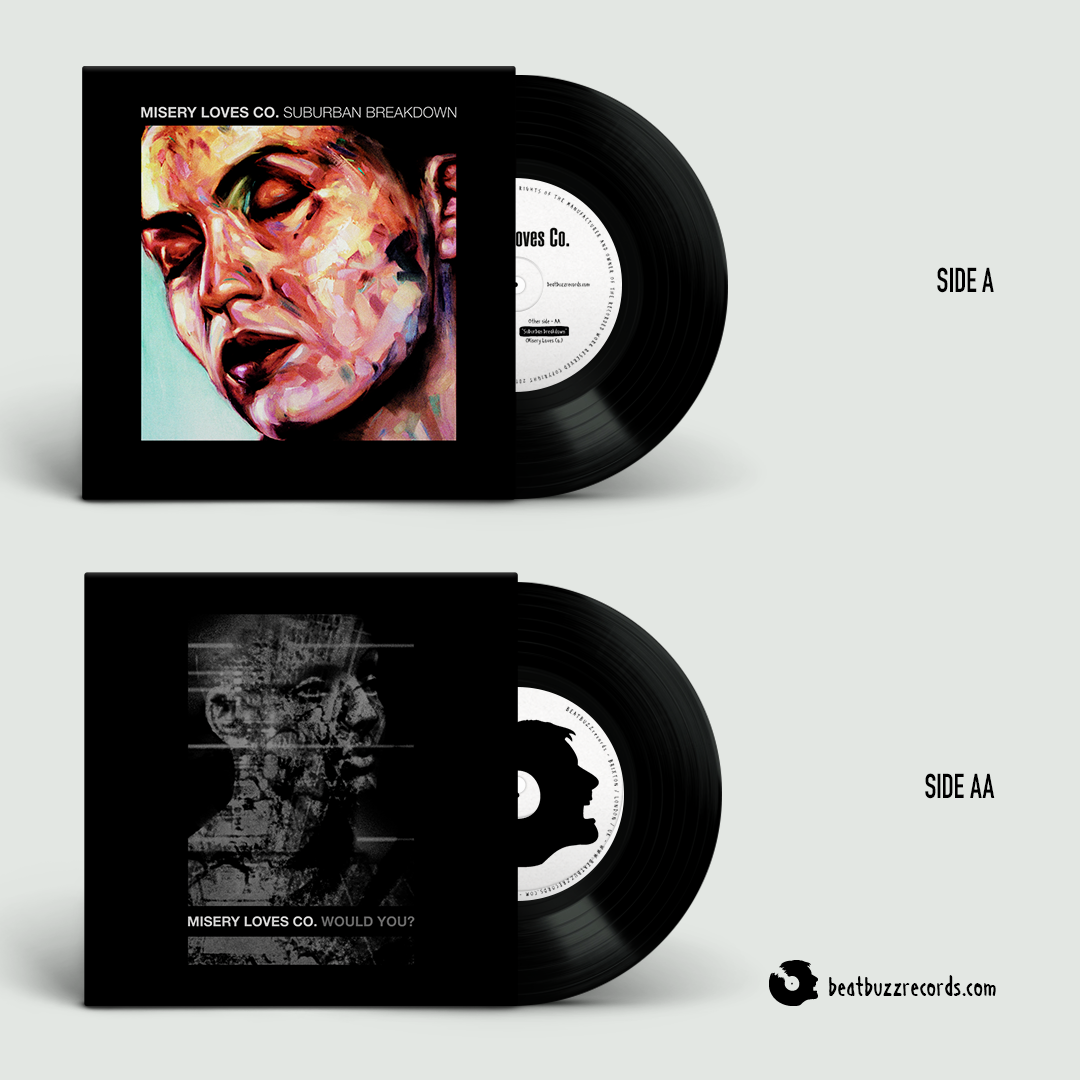 BUY NOW £ 9.00
Shipping worldwide – P and P price listed is for EU and UK shipping – contact us for US and worldwide shipping. 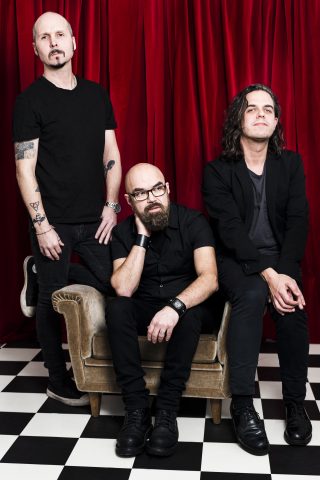 “Suburban Breakdown” was mixed by Roberto Laghi (IN FLAMES, ENTOMBED AD) in Gothenburg. On the cover is an amazing piece of art by Italian painter Alessio Radice.

”Would You?” was also mixed in Gothenburg by Roberto Laghi and the cover design was made by Jerker Josefsson.

Listen to “Would You?”

In 90’s they were considered one of the greatest industrial metal-bands in the world. They even received a Swedish Grammis (Swedish version of the Grammys) for their second album “Not Like Them” and singer Patrik Wirén was named one of Sweden’s biggest rock stars in the leading newspaper Expressen during the 90’s twice.

Misery Loves Co. wasn’t just for the Swedes… their self-titled debut album was on the 100 greatest metal albums of all time-list in Kerrang! and the band had a big following all around the world. The band toured mainly in Europe, doing shows with acts such as Slayer, Machine head, Peace Love & Pitbulls, Entombed, Fear Factory and Paradise Lost as well as US tours with Deftones supporting them in New York.
But after their third album, the critically acclaimed “Your Vision Was Never Mine To Share”, the band split-up.

When MISERY LOVES CO. returned in 2016 and hit the main stages at some of Europe’s leading metal festivals some might have thought of it as a temporary return. But a year later a new song, the instant Misery-classic “Would You?”, was released.

17 years after their critically acclaimed third album “Your Vision Was Never Mine To Share” the band proved themselves better than ever before. More shows followed, both in the US and in Europe and soon after… “Suburban Breakdown” was released and it might well be their strongest song to date. Just like in the past the band manage to mix aggressiveness with melody and innovativeness with an impressive songwriting. The chorus might be the best thing you’ll hear all year.