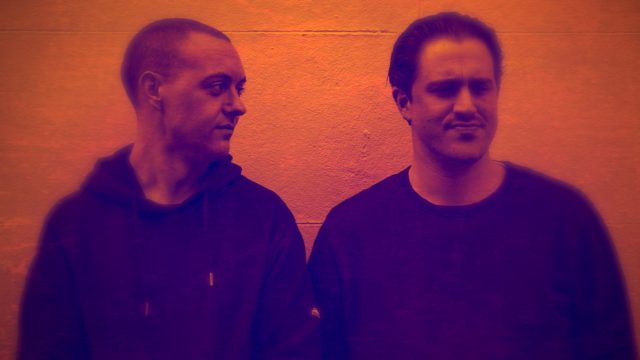 Bristol has a rich heritage of cultivating musical talent. It’s a proudly independent city – the kind of city that chucks statues of slave owners in a river – and now from Bristol, come Polemics, a duo whose powerful DIY punk ethic has been showcased in a succession of ferocious live shows.

Committing their shock-and-awe live style to digital eternity, Polemics deftly combine their natural edge, attitude and fury with skilled musicianship and hugely bombastic drums. The elements of hardcore and angry vocals are matched with songwriting, chunky riffs and a pop sensibility that evokes Blur on pcp.

With their DIY ethic stretching to nights in a borrowed studio and bedroom recorded vocals (the studio dollars were all invested in that magnificent drum sound), Polemics then cherry picked Paradise Studios and the skills of Jim Macrae to nail the mix that retains the essence of their raw live power whilst capturing a Lynch-esque sentiment that runs through the heavy fusion of their sound, vision and particularly the brilliant self-produced accompanying video.

Enjoy this brilliant debut EP now, Polemics’ first album is already under construction and will be devastating live rigs near you shortly… and with indie gem management Beatbuzz on their side, the world is their socially distanced oyster.

The CONFLICT EP is released in 2 formats.
Firstly, Limited Edition back-to-the-future cassette editions (baby pink initially) via Bandcamp and the band’s website. The cassette comes with a postcard and a free download of the album. The cassettes will also contain a 4th track ‘Hegemon‘ – only available on cassette.
* There’s also some very limited bundles of Cassette + Walkman/Cassette player! *

Secondly, CONFLICT is released digitally on the 17th of July and be available on all streaming platforms via AWAL and OML Sync.

We are so excited to be their management and we are working together on their next release, a collection of live recordings and videos produced during the lockdown. First track is out on 21.08.2020.